The Contract and Grant Manual provides guidance on the solicitation, acceptance or execution, and administration of awards from extramural sponsors.

Since contract and grant administration must synthesize the internal functions of an institution and external sponsor requirements, this Manual provides guidance on the University's policies related to the requirements of major external sponsors, such as the federal government and the State of California.

The proposal preparation process requires the participation and coordination of multiple parties. A proposal is initiated by a Principal Investigator (PI), but there is an administrative support system that ensures the PI can prepare and submit a high-quality proposal package that meets both sponsor and institutional requirements. The Office of Research and Economic Development (ORED) supports PIs by providing technical proposal development support through the Office of Research Development (ORD); administrative proposal preparation and award negotiation & acceptance through the Sponsored Projects Office (SPO), and non-financial post-award administration through Contract & Grant Administration (CGA). 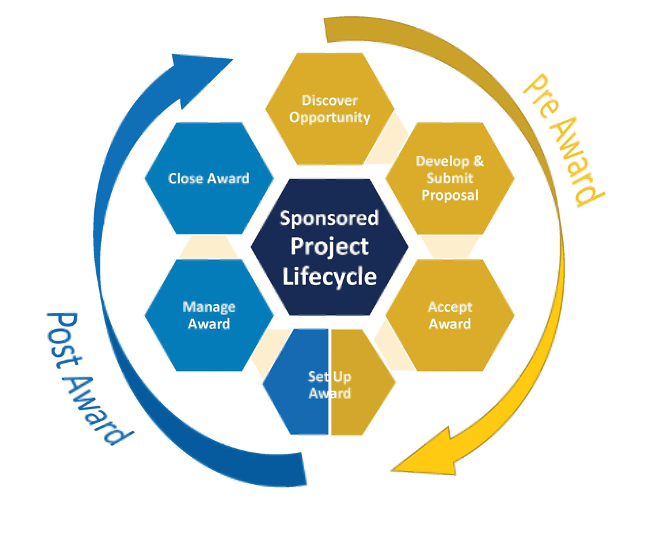 The University of California Contract & Grant Manual identifies the following individuals as eligible to serve as Principal Investigators for extramural contracts or grants. 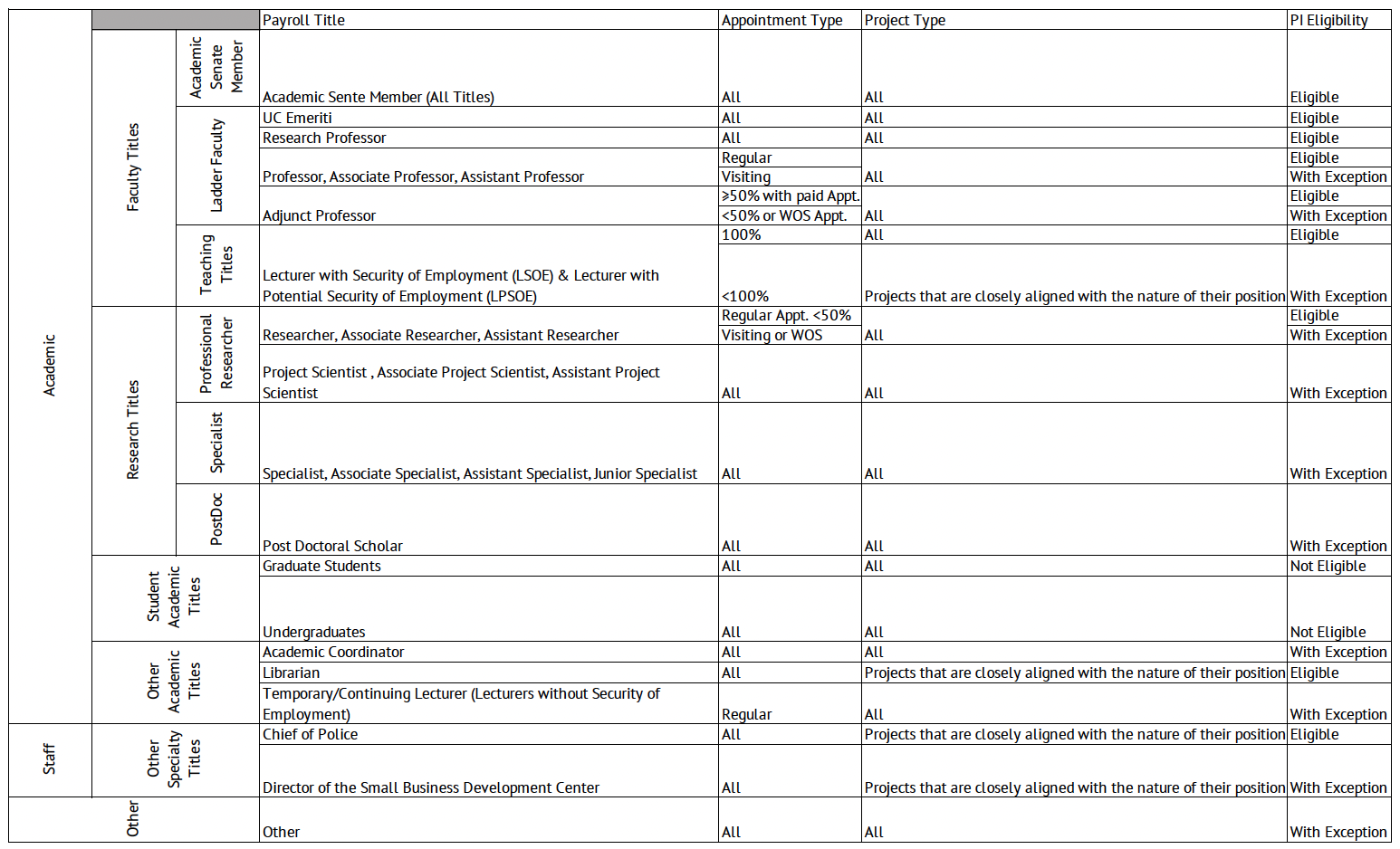 Members of the Academic Senate, including the following titles, whether in regular or emeritus status:

Deans and ORU Directors must approve PI exception requests. However, the authority to approve exceptions to Principal Investigator status's eligibility requirements is vested in Vice Chancellor for Research. A Request for Exception to PI Status Form must be requested by the RA, completed, and included in the proposal Cayuse record with Dean/Director signatures before routing to the Contract & Grant Officer.

Your budget is a financial proposal that reflects the work proposed. It outlines the expected project costs in detail and should mirror the project description. A budget is presented as a categorical list of anticipated project costs representing the researcher's best estimate of the funds needed to support the proposed work. The term "best estimate" is essential here. You will be held to using the costs detailed in your budget, so make sure you've correctly estimated what you will need to complete the project.

Reviewers want to know how reasonable the cost of your project is. They will ask themselves whether you are over or underestimating your expenses. A careful review of the budget lets the reviewer know that you're not asking for too much or too little, but rather, just enough funding.

A UCM internal budget should be prepared for each proposal. The internal budget will help complete any sponsor budget forms and the budget justification and assist with sponsor requests for additional details about how you generated your overall figure or where the money will be going. Remember, all budgets must be prepared following the Office of Management and Budget (OMB) Uniform Guidance (the UG) and University Cost Standards. 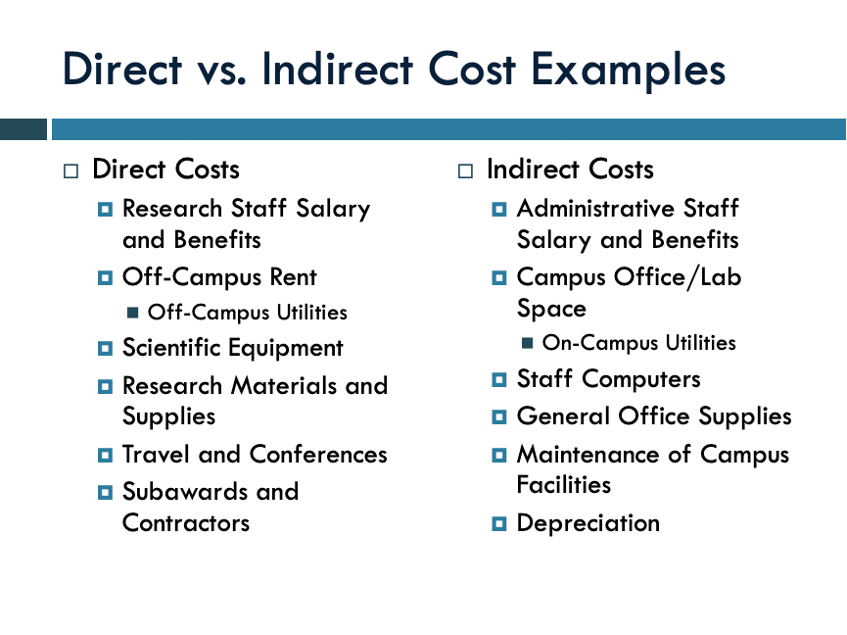 The Sponsored Projects Office (SPO) developed a budget template that should be included with all proposals. The controlled document titled, “SPO-1035 Internal Budget Template" is maintained by SPO. The budget template cannot be substituted with other formats.

Different types of employees can be paid from a sponsored project, and would thus need to be captured in a proposal budget:

In order to accurately capture an employee’s cost in a budget, we need to know:

Most faculty are on a nine (9) month academic appointment, and therefore have three (3) summer months that they can dedicate to research each year. PI Summer salary is calculated as 1/9th of their annual salary. Faculty are paid their nine (9) month academic appointment over twelve (12) months, so their regular paycheck is NOT the same as a summer ninth.

Composite Benefit Rates (CBR) are used for budget development of proposals. CBRs are standard benefit rates developed each fiscal year and are used for business transactions containing a fringe benefit component. Our current practice assesses fringe benefits based on hundreds of detailed rates, and with the adoption of CBRs, individual employee fringe benefits will be assessed using one of the rates posted to the Division of Finance and Administration’s costing policy webpage.

Student employees can work up to 49.9% time during the academic year, and up to 100% time for three (3) summer months. Graduate Student Researchers (GSR) qualify for full fee remission with an appointment of 25% or greater. GSR salary schedules are established by UCOP and can be found on their Academic Personnel and Programs webpage. Undergraduates are paid an hourly wage determined the Student Employment Services.

Materials and Supplies are consumable items such as lab supplies, clinical supplies, glassware, chemicals, reagents, etc. used to conduct the work scope for a project.

Equipment means tangible personal property (including information technology systems) having a useful life of more than one year and a per-unit acquisition cost which equals or exceeds $5,000.

Equipment quotes must be included in Cayuse proposal records for each item of equipment included in a proposed budget (formal quotes are preferred, but internet or email quotes from a vendor are sufficient).

A subaward is a formal written agreement made between UC Merced and another legal entity (subrecipient) to perform an intellectually significant portion of the scope of work (SOW) under a UC Merced sponsored project.  A recipient of a Subaward (Subrecipient) is usually an institution that collaborates with the UCM Principal Investigator (PI). The Subrecipient performs and has responsibility for part of a sponsored project. Its services are of a specialized and specific nature and cannot be performed by UCM. A Subrecipient is normally reimbursed for expenses in arrears. UCM has the responsibility to monitor Subrecipient performance.

A consultant is an independent contractor hired to provide expert advice for short or intermittent time periods. A Consultant may be an individual or an organization. The Consultant assists the UCM PI. Consulting services are primarily advisory in nature and address a clearly delineated problem or provide a fee-for-service function. A Consultant is normally paid based on an hourly or daily rate or a fixed price for deliverables.

A letter of commitment for each consultant included in a proposed budget must be obtained and included in the Cayuse proposal record before routing to the Contract & Grant Officer for review. The letter must include a brief description of the services to be rendered and an hourly rate for the services to be provided.

A Contractor provides goods or services within normal business operations and operates in a competitive environment providing similar goods and services to a variety of customers.

Following are characteristics of a contractor/fee for service purchase order. The contractor organization:

Graduate Student Researchers (GSR) qualify for full fee remission with an appointment of 25% or greater. Tuition remission is a benefit paid to GSRs and a direct cost to the University.

The National Science Foundation (NSF) defines this budget category as, “direct costs for items such as stipends or subsistence allowances, travel allowances, and registration fees paid to or on behalf of participants or trainees (but not employees) in connection with NSF-sponsored conferences or training projects.” Any additional categories of participant support costs other than those described in 2 CFR § 200.75 (such as incentives, gifts, souvenirs, t-shirts and memorabilia), must therefore be clearly justified in the budget justification of any proposal submitted to NSF, and such costs will be closely scrutinized by NSF. (See the NSF PAPPG, Chapter II.E.7 for additional guidance.)

Participant Support Costs must be explicitly listed in the proposal budget or approved by the funding agency (through SPO) after the award has been made. Payments of such costs without obtaining prior sponsor approval risk being disallowed by the sponsor. Participant support costs should be excluded from the Modified Total Direct Cost (MDTC) when calculating F&A costs when the University’s federally negotiated F&A rate is applied.

UC Merced’s indirect cost recovery (IDC) rate is negotiated with and established by the University’s cognizant federal agency – Department of Health and Human Services (a copy of UCM’s agreement can be found here). The University of California has also negotiated an indirect cost recovery rate with the State of California. The IDC for proposal budget development is as follows:

All federal and non-State funded projects

The off-campus F&A rate is used when:

Rented or leased facilities - The project is conducted at facilities not owned or leased by the University and rent or lease costs are directly charged to the project. The off-campus rate will not be applied when a principal investigator (PI) chooses to conduct his/her project off-campus for convenience (i.e., when campus or other University facilities are available).

Any opportunity that limits the University's ability to recover the indirect cost (IDC) associated with performing the research needs to be reviewed and approved by the Vice Chancellor for Research and the University of California Office of the President (UCOP). An Indirect Cost Policy Exception Form will be completed by the RA and must be included in the Cayuse proposal record for projects that do not include IDC's full recovery.

IDC Policy Exception based on Special Approval (State of California)

Cost Share are project costs that are not paid for by the sponsor. Sponsors can request cost Share as part of proposal budget. It can be a percentage of total project costs or a fixed dollar amount. For federal funds, the cost share must come from a non-federal source. 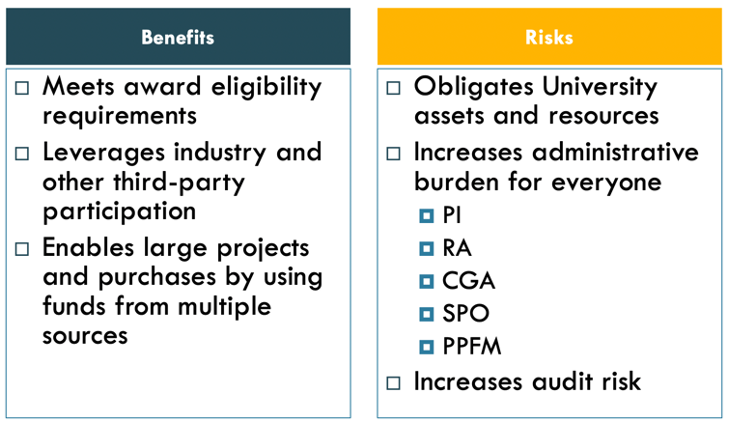 There are several mechanisms for external entities to provide financial support to University researchers. Grants/contracts and gifts are the most commonly used. Each mechanism has a unique function, but some sponsors use the terms interchangeably. University Office of the President has outlined the characteristics for both grants and gifts in the Contract and Grants Manual (Chapter 9-500).  The University must exercise judgment to classify the grant/contract vs gift following the intent of UC policy. Each proposal opportunity or award should be thoroughly reviewed to reach the appropriate classification. As of 3/10/22, UCOP has also instituted a policy on the Classification of Gifts and Sponsored Awards. This policy lists the following three determinative indicators of a Sponsored Award. The presence of any of these indicators determines that funding should be considered a Sponsored Award rather than a gift:

Determinative Indicators of a Sponsored Award

● Support is from the United States federal government

● Testing or evaluating of proprietary materials (including software) provided by, or on behalf of the Funder, is involved, or

Further Considerations when making a grant vs gift determination

How are tuition and fees paid/spilt when a graduate student's salary is split between two grants or between a TA appointment and a GSR appointment?

They are generally split proportionately between the two assignments. However, there are different circumstances where you should reach out to Graduate Division for advice or to confirm the split (i.e., when one fund is a full overhead-bearing award and the other fund is not).